CRL 2020 World Finals — esports tournament, schedule, stats, teams and players. The best teams of East and West will compete to become the champion and win the prize pool.

This weekend, the eight strongest teams of East and West will compete in the World Finals to prove they are the best team of 2020. 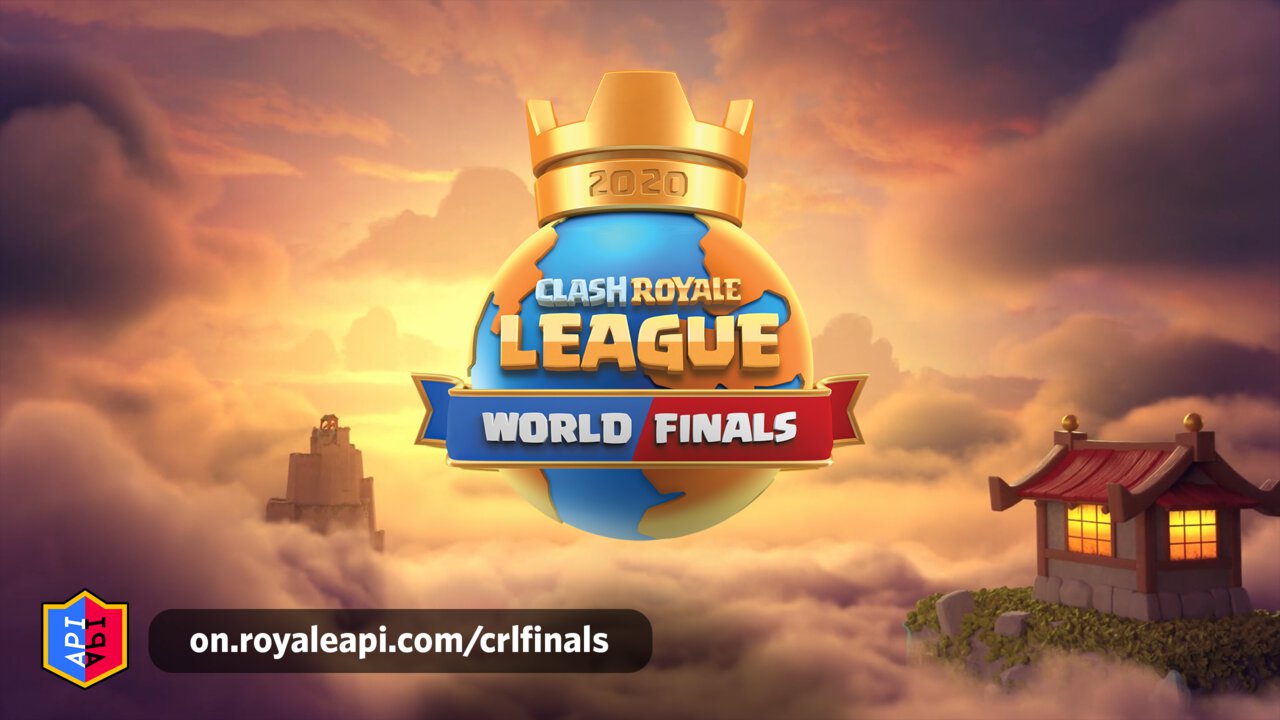 The event consists of a single elimination bracket that will be divided into two days — Saturday and Sunday. The four quarter final matches are played on Saturday, and the semifinals and finals on Sunday. 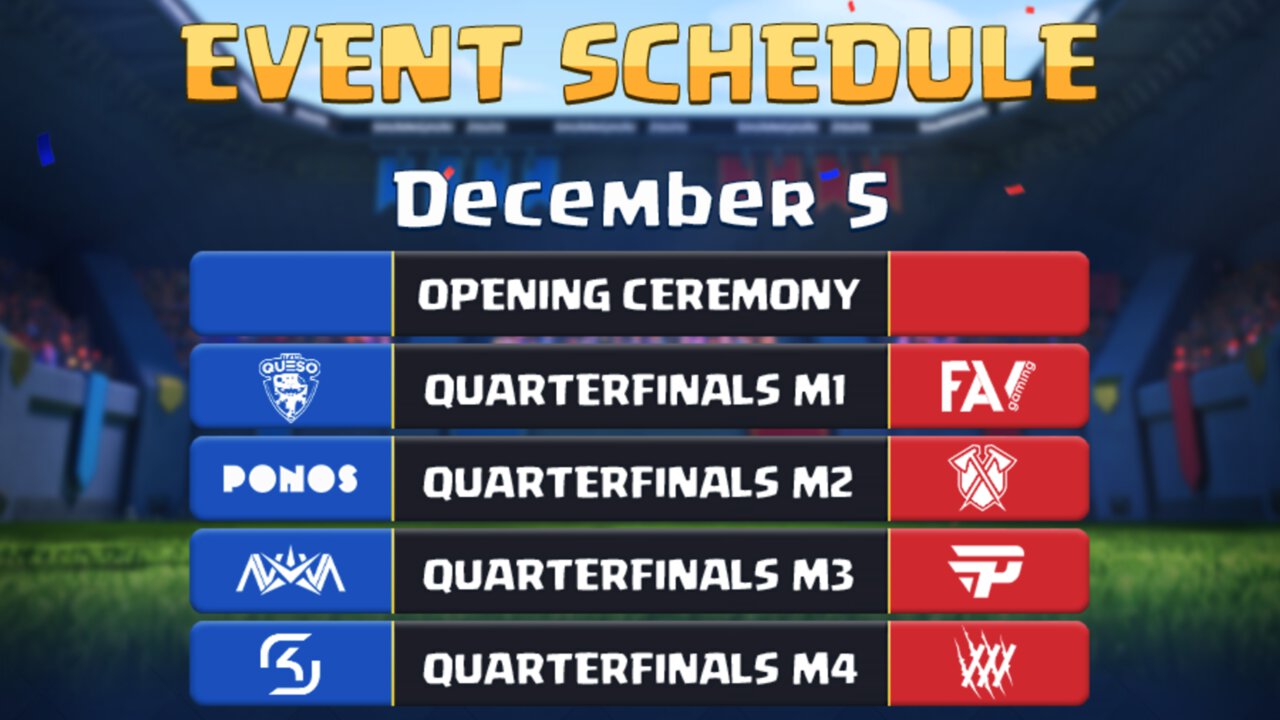 Find the full schedule with live countdowns in our CRL portal.

All the matches follow the traditional five set format for playoffs:

Different sets demand versatile players and quite different strategies. Throughout this last season, some of these teams have shined in specific sets by showing their strength, while sometimes being weaker in the others.

RoyaleAPI has logged all the results of CRL matches in the 2020 Fall season. With them, the eight teams can be compared based on their performance in each of the three sets: 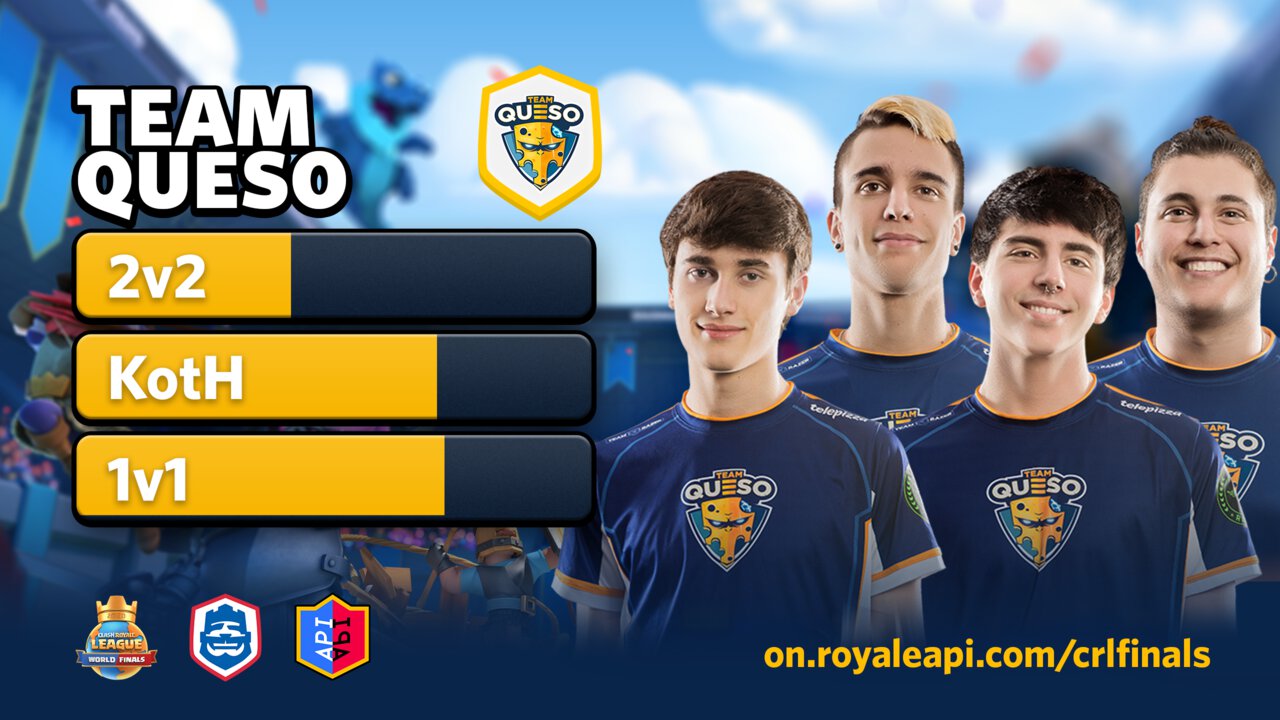 Team Queso is a Spanish team with the strongest 1v1 set of their region (71% of sets won). 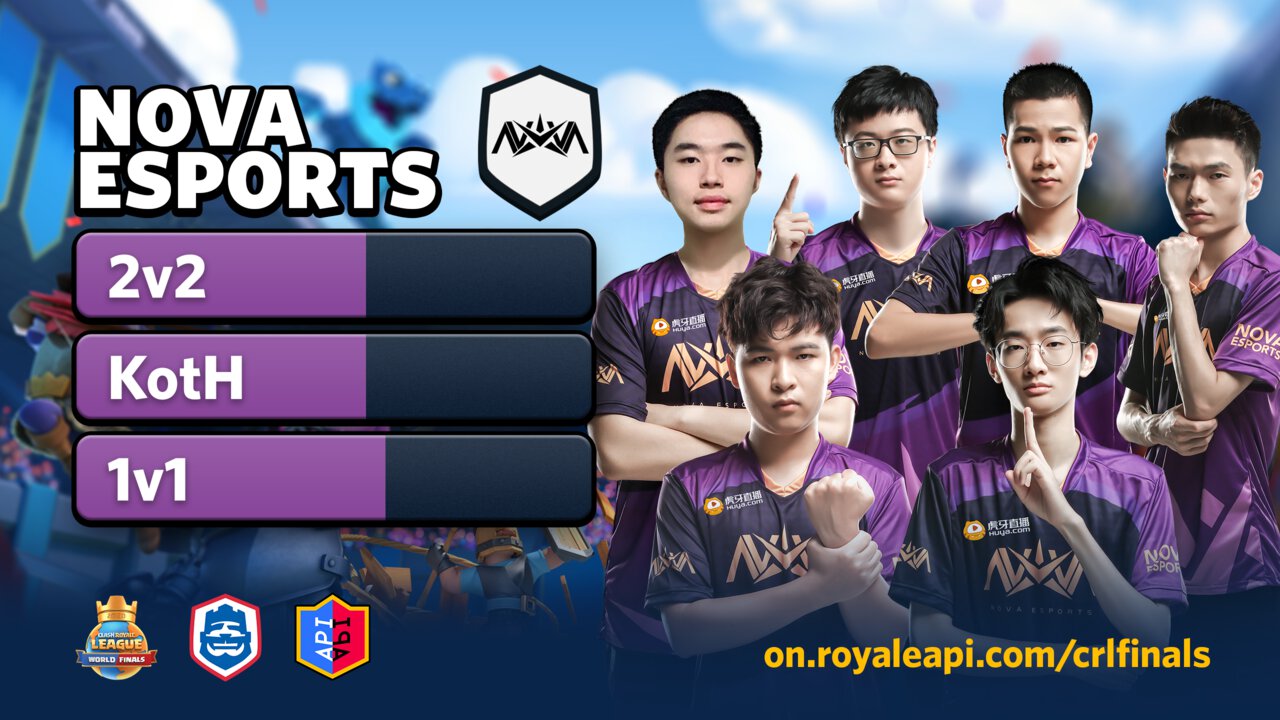 Nova Esports is a Chinese team with consistent performance in all 3 sets. Lciop has the best WinRate of CRL for 1v1 battles, at 77%. 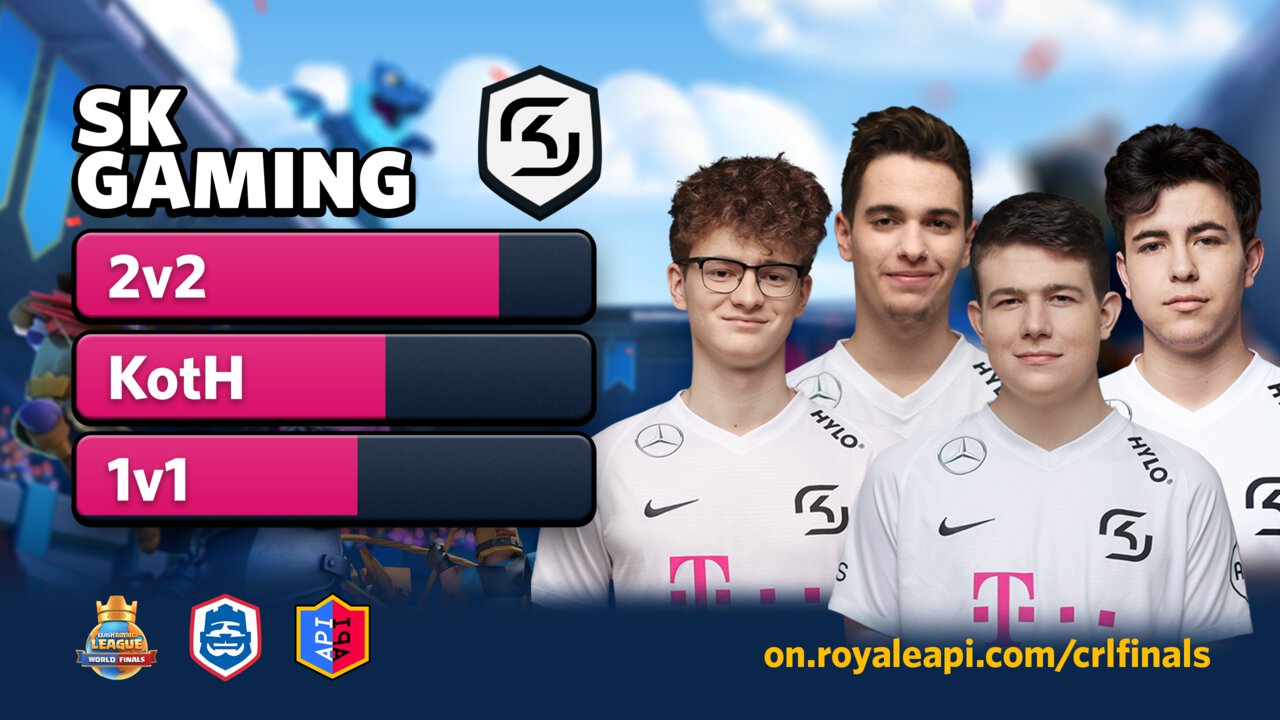 SK Gaming is a German team with the best 2v2 duo of CRL — Morten and Xopxsam have won 80% of these sets. 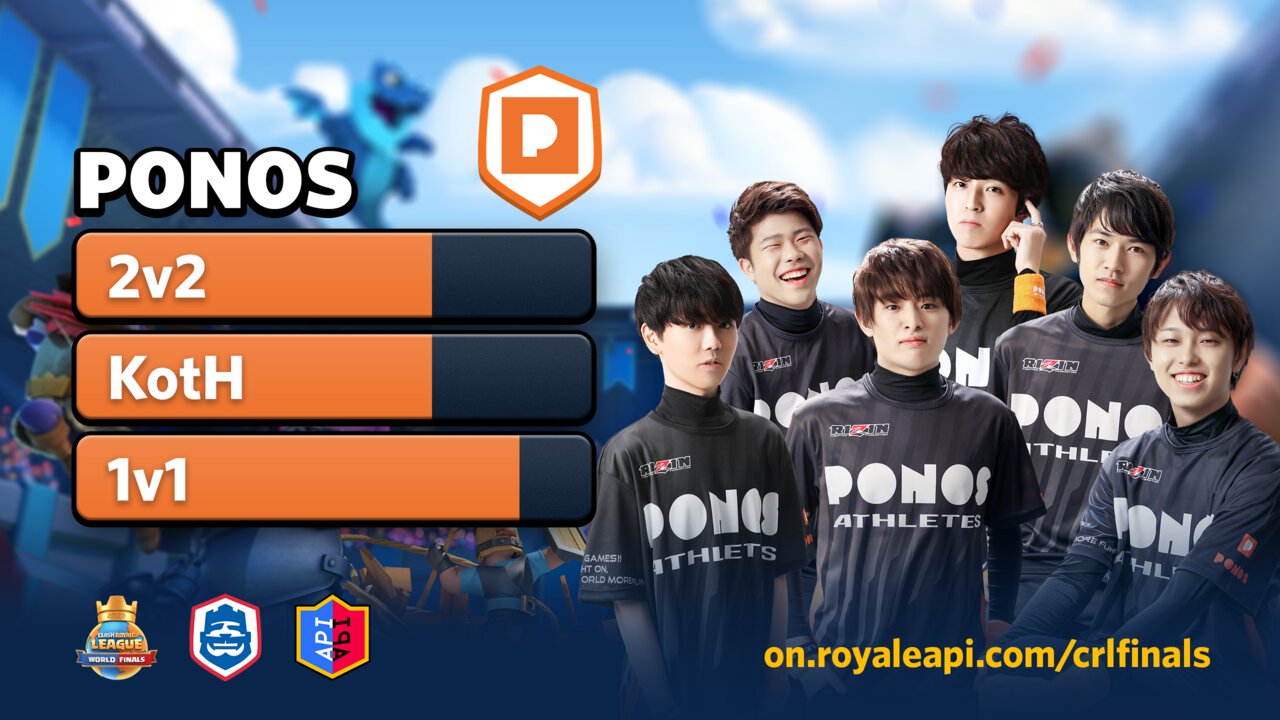 PONOS is a Japanese team with the best results of CRL in 1v1 sets (86% won). Mugi has never lost one of these sets. 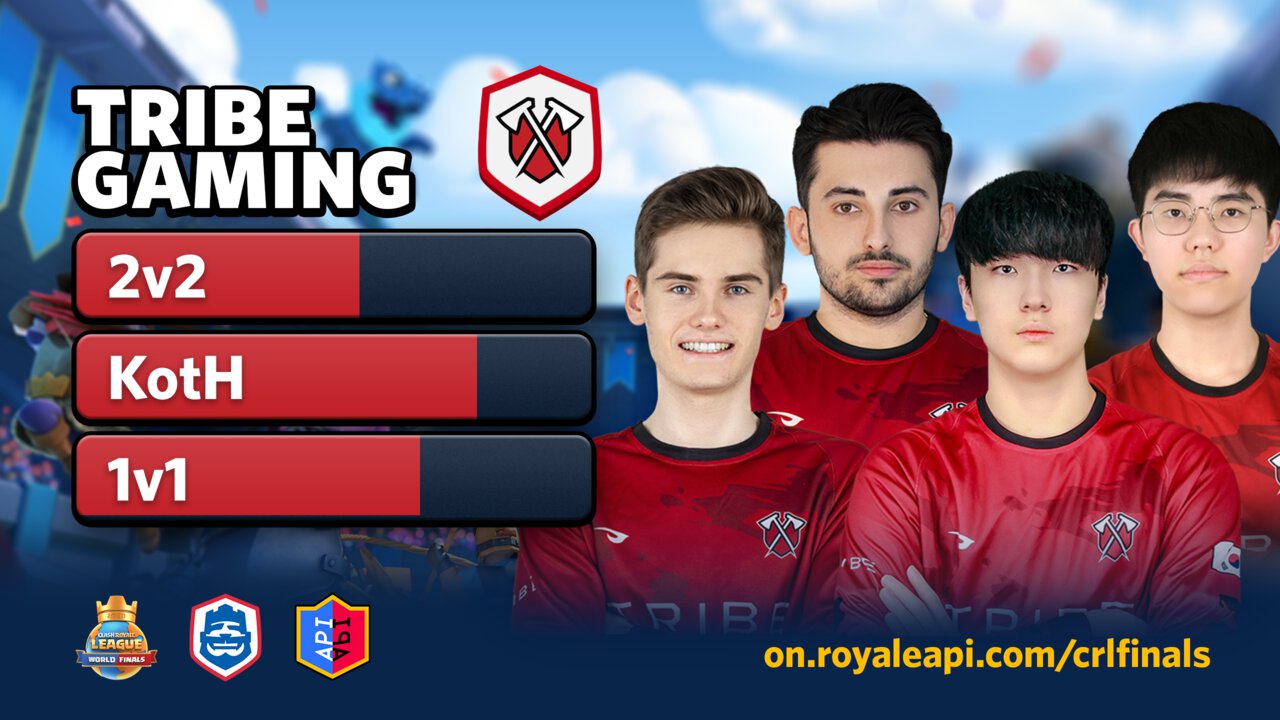 Tribe Gaming is an American team that shines for their KotH set, which they have won 78% of times. 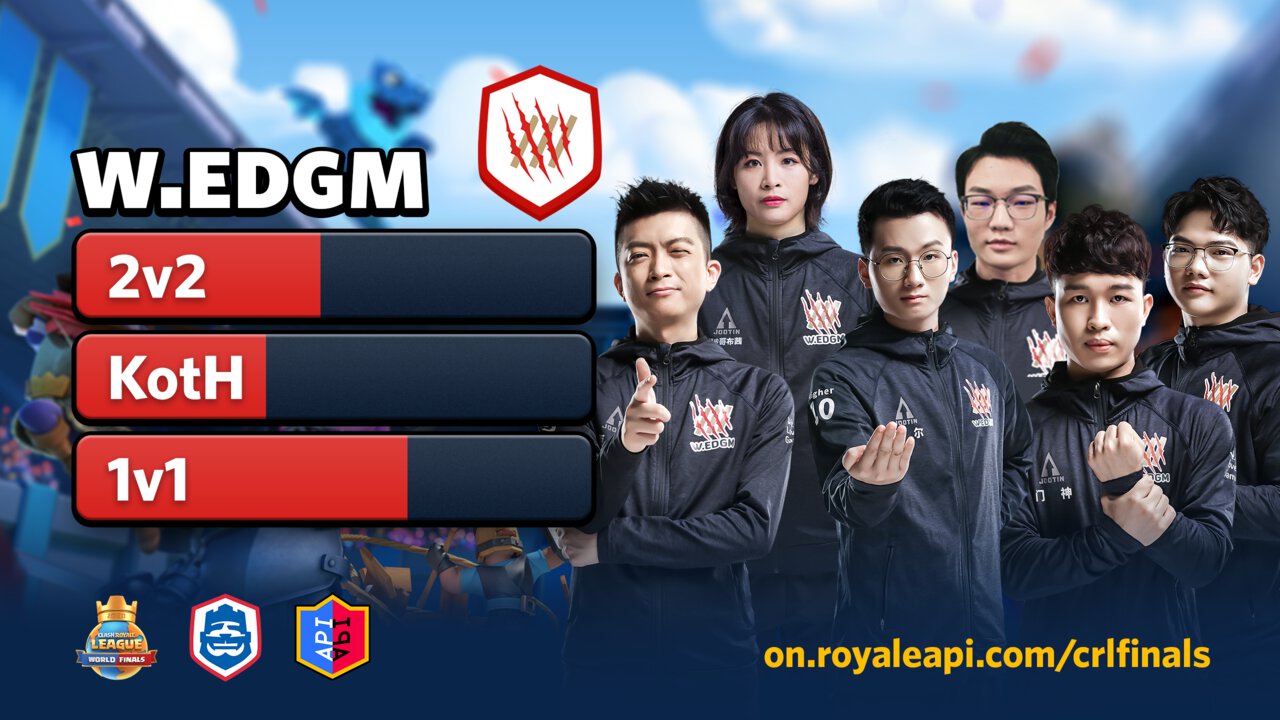 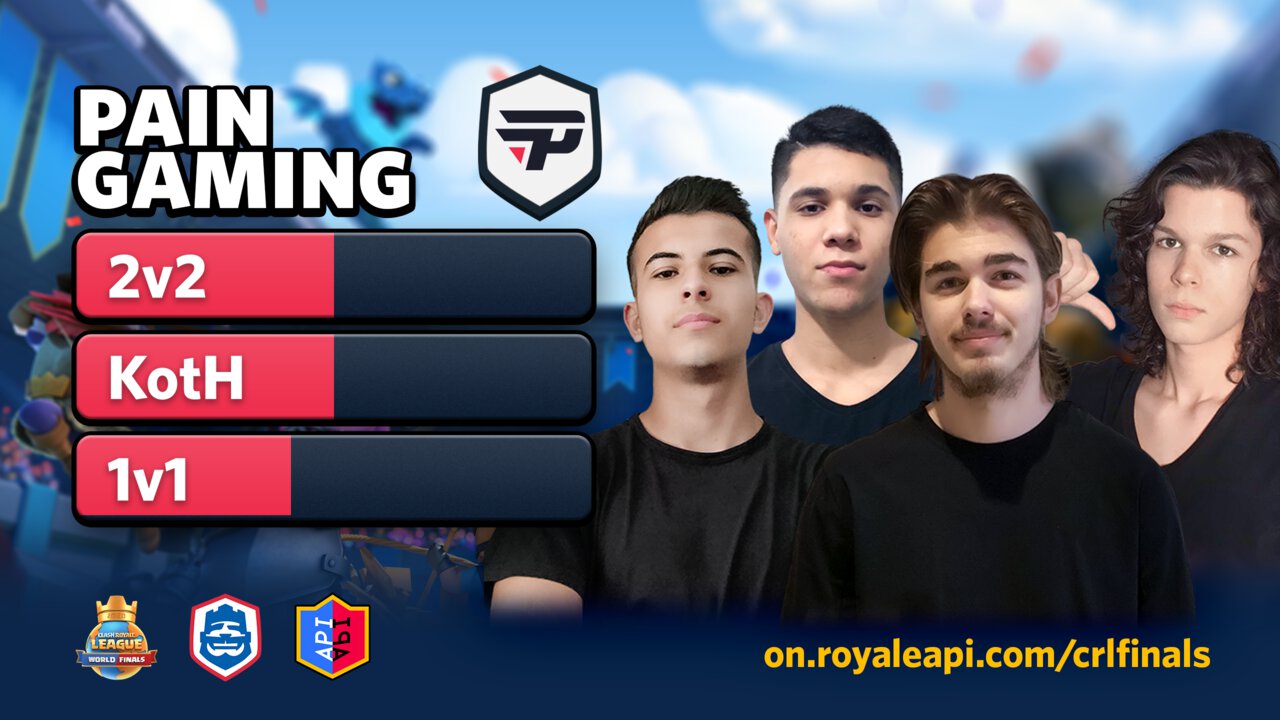 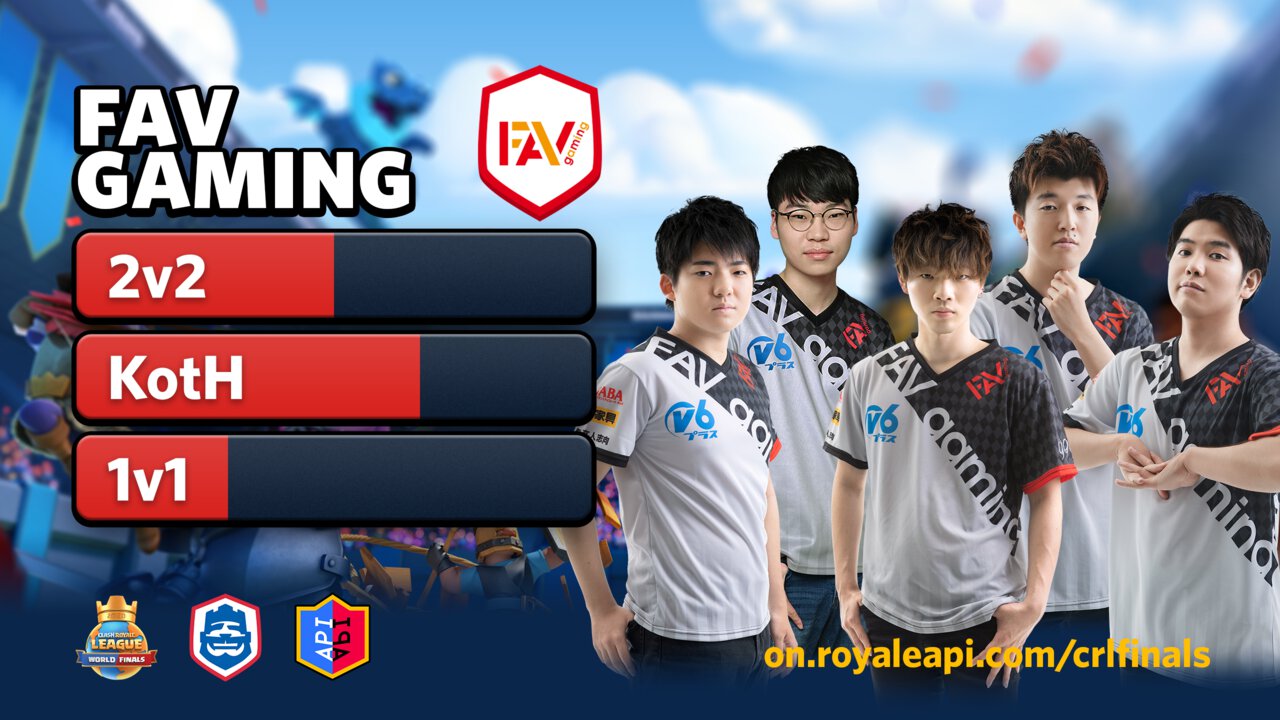 FAV Gaming is a Japanese team with 67% WinRate in KotH sets.

Comparison of the 8 teams 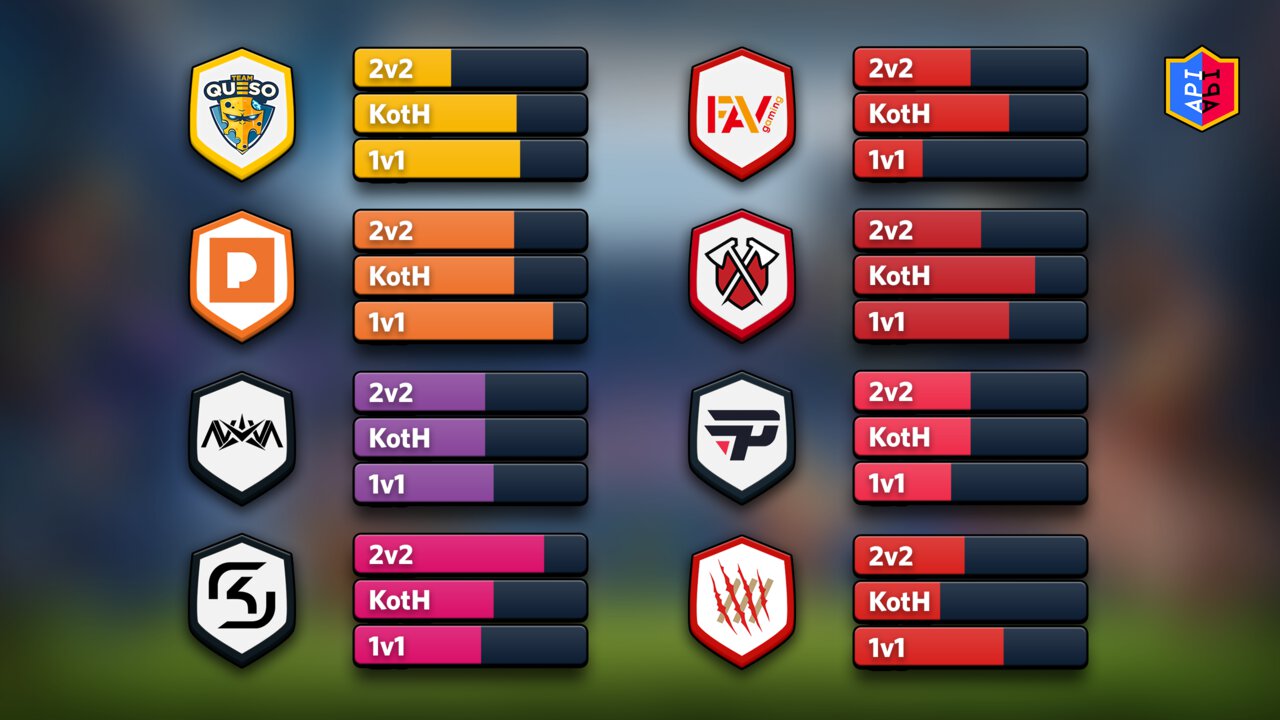 Best players during the 2020 Fall Season 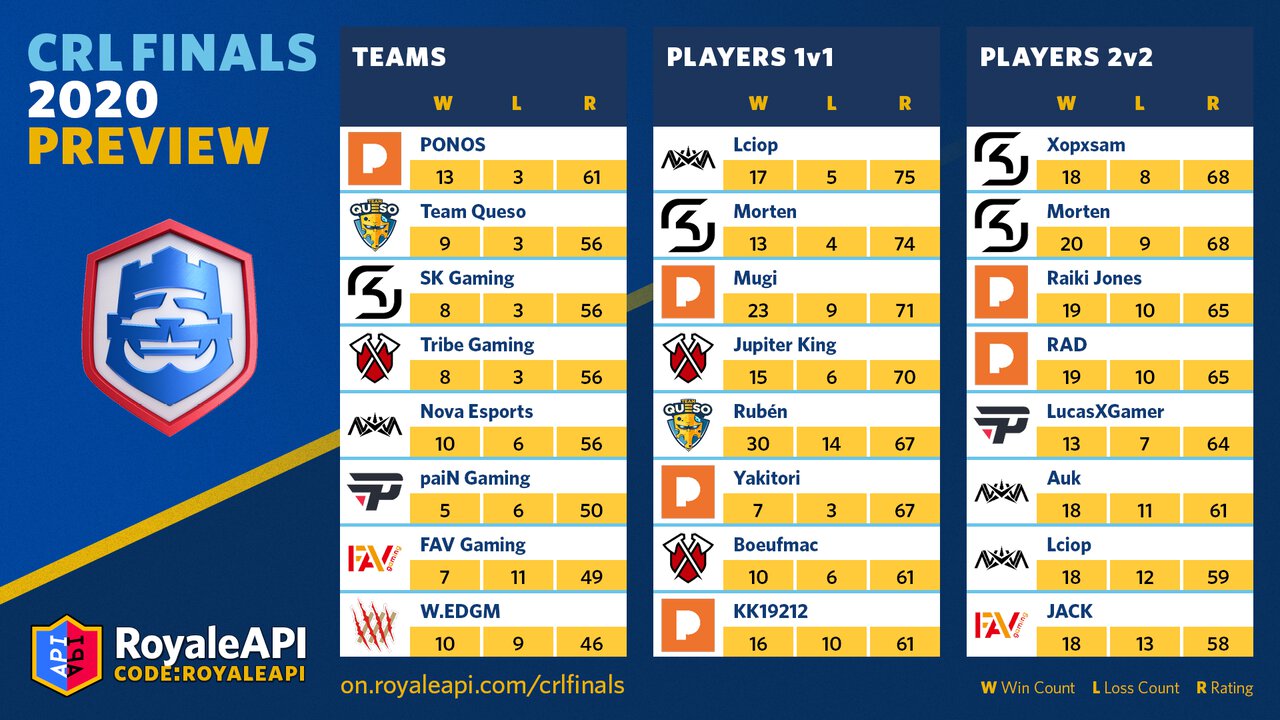 Author: Alpe123
@Alpe123_CR
Alpe is the Director of Esports at RoyaleAPI.