We are launching an exciting new feature today—Battle Replay! Battle Replay is now accessible on every battle log after you have [...]

We are launching an exciting new feature today—Battle Replay! 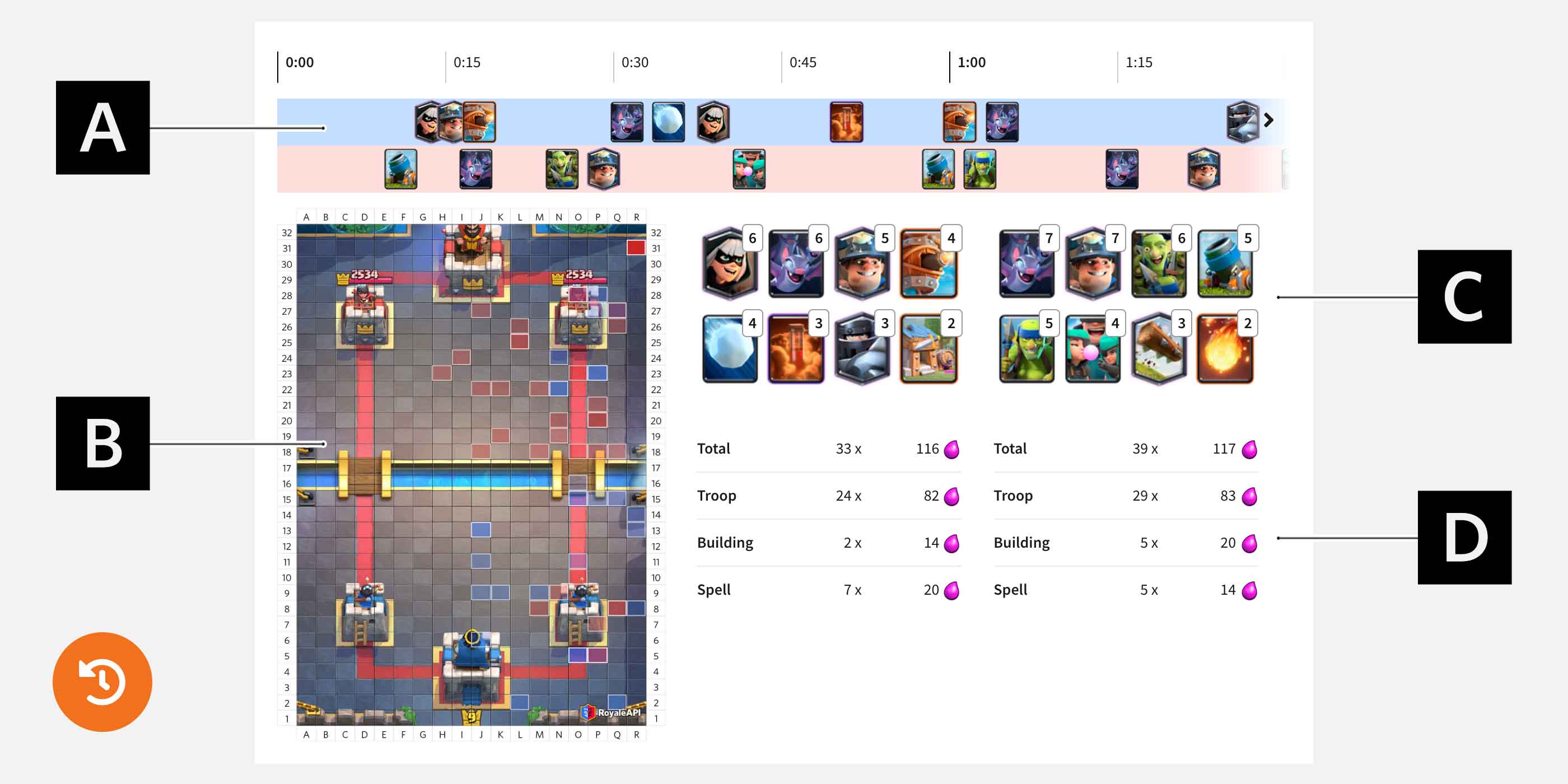 Battle Replay is now accessible on every battle log after you have logged in with Discord or Twitter. You can open it with the orange button

shown under each battle. Replay will provide you with an in-depth look at the battle as a post-game analysis.

The replay panel is broken down into four areas:

The areas are interactive. Tapping on the cards on the timeline (A) or card count (C) reveals card placements throughout the battle. Inversely, tapping the placements (B) highlights the cards used on the timeline (A) and card count (C). Last but not least, the elixir stats (D) give you a detailed breakdown of how elixir was managed by each player.

While going through testing, we have found some interesting situations in which this feature can become very useful:

This is just the start of the feature, as we have just developed over the basic concepts of battle analysis. If you and other users find it useful, we’ll build more interesting and advanced analysis tools to help you in the arena. Let us know of any improvements and additions we should make to Battle Replay, and share with us on Twitter or Reddit about any use case we haven’t considered already.

… now go and test it yourself! Try it on your own battle log or the GC winners feed: //royaleapi.com/decks/winner/gc 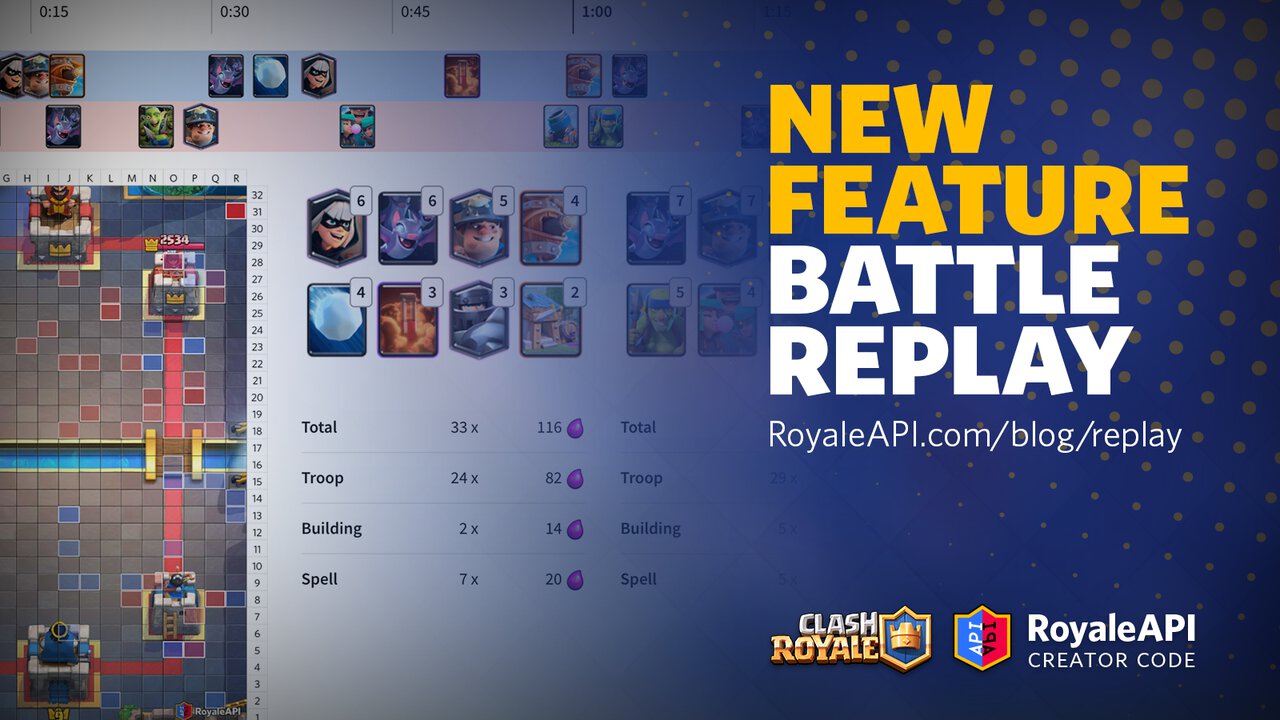