RoyaleMSTRS has just finished and here’s a summary of the event.

We are very happy to announce the collaboration between RoyaleAPI and CRL Intel. CRL Intel is a news site which focuses on all the latest Clash Royale League news, as well as any other Clash Royale esports information. This collaboration will focus on showcasing the CRL Player Card collection which CRL Intel has created for some community organised CRL events, as well as covering what happened in these competitions.

What are the CRL Player Cards?

The CRL Player Cards are a new concept which has been brought to the competitive Clash Royale scene by CRL Intel. These cards are made to showcase and rank players based on their performance throughout certain stages of select events. This means that some player card ranks may not match the official placements in the event.

RoyaleMSTRS was the sixth Golden Ticket event, and the last one before heading to the CRL summer qualifiers. It started on July 2nd and finished on July 31st, with a $50,000 prize pool. In total the event had three main stages:

Players would register each week and be split into four Swiss bracket groups (A,B,C,D). The top four players from each group would advance to the second day of the Open Qualifiers, which was a sixteen player single-elimination bracket. Players would receive points based on their placement, and the four highest ranked players after the three Open Qualifiers would qualify to the Playoffs stage.

This was the players' “Last Chance Qualifier” for the Playoffs stage. The format was similar to Open Qualifiers stage, the only change being that players would not receive any points for their placement; instead, the top 4 players automatically qualified to the Playoffs stage.

The final stage was a two-day event which took place between July 30th and 31st. Eight players competed in a double-elimination bracket for the $50,000 prize pool and a Golden Ticket.

Is this enough for Mugi to prove himself? Of course, Mugi is one of the best players competing in CRL 2022, but after receiving a Golden Ticket in a loss against Mohamed Light, questions began to rise. Had we had seen the best of him? These playoffs seem to be a step in the right direction, as Mugi won four matches in a row and picked up the first place.

Heading into the event it seemed like Tytoń could very well be the dark horse pick to win the event. The Polish player had a very good performance in the Open Qualifiers and booked a spot to the Playoffs there. Unfortunately things didn't work out as expected and two losses meant that he was eliminated from the event.

Coming into the Playoffs stage, expectations could have been high for Furkan and that would be understandable. The Turkish player dominated the Open Qualifiers and entered the Playoffs as the #1 seed. Unfortunately that meant he would be playing LucasXGamer in the first match; despite an early loss against him, he made an impressive lower bracket run.

It was about time that LucasXGamer booked his spot for the 2022 CRL World Finals. After a great run in the Wild Card Open, a loss in the Grand Finals against Mugi meant that he would still earn the sixth Golden Ticket. The question now is, can Lucas keep up this level of play until the World Finals?

Guriko played some great Clash Royale, but unfortunately it wasn't enough. Two consecutive losses to LucasXGamer put an end to his Golden Ticket aspirations, at first knocking him down to the lower bracket and later eliminating him in the lower bracket final. Being one win away from the Golden Ticket, now it's all to play for in the CRL summer qualifiers for Guriko.

The Japanese player still continues to struggle. After losing in the first round of the Playoffs, an eventual loss in the second round of the lower bracket meant he was eliminated. Pandora must now study his mistakes and come back to the level which we have seen him before in order to play in two consecutive CRL World Finals.

After securing a spot in the Playoffs due to a tiebreaker situation which resulted in his favor, Schwarzen ultimately disappointed. The German never got a chance to find some rhythm after losing two consecutive games and being eliminated in Day 1, resulting in a tournament to forget.

Securing his spot in the Playoffs after an impressive run in the Wild Card Open, Wallace's only goal had to be the Golden Ticket. Unfortunately that goal becomes really tough when you've got Mugi in your side of the bracket. A round one victory quickly became bittersweet as losses to Mugi & Furkan meant that Wallace was eliminated.

Author: CRL Intel
@CRLIntel
CRL Intel is a news site which focuses on all the latest Clash Royale League news, as well as any other Clash Royale esports information. 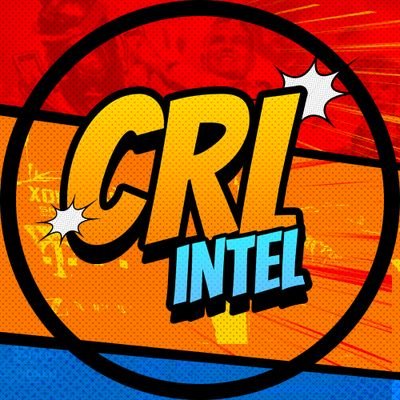