Check out our video covering all of the seasonal content as well as the new features in the Game Client Update!

With this update, Clan Wars are getting some changes to address the main concerns that players have voiced.

War Day start times won't be as relevant as before — now progress through each day will be aggregated and only added to your boat at the end of each day.

New weekly schedule for the races and more relevance of clan boat defenses.

The boat wins the race when it reaches 10,000 movement points.

The week by week schedule remains the same, with river races each week except for the last of the season, Colosseum Week, which has colosseum battles. 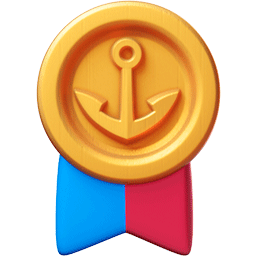 Every clan war battle type now produces Medals — which was previously known as Fame. Duels give the most fame, followed by PvP (1v1) battles. Boat Battles give the least amount of medals, with each win giving the same amount of Medals as a loss in other game modes.

There are 3 types of gold crates:

These crates don’t contain cards, they only give gold after being unlocked. Based on the arena you are when you find them, they give different amount of gold.

Gold crates are added to the Chest Cycle, replacing Silver and Gold Chests for players who are level 11 or higher, as they need large amounts of gold to upgrade cards. For each level the chest cycle will now have:

King Level 1 to 10 will use the same old Chest Cycle which consists of 240 chests. King Level 11, 12 and 13 will have different chest cycles, with different amount of gold crates depending on the player’s King Level. A detailed breakdown for each change is provided below.

Additionally, three special chests have their own separate 500-chests cycle. These include:

Rascal’s Hideout (4200 trophies) and Serenity Peak (4600 trophies) are the two new arenas that have been added to the ladder progression.

Both will be placed before the now higher Legendary League, and as all arenas, they should have cards that players can unlock when they reach them.

Instead of adding several new cards to the game, card unlocks are going to be shuffled around. Cards that were previously unlocked in lower arenas will now be assigned to the new ones.

The 2021 Q2 update introduces a very relevant change to the accessibility of Pass Royale rewards. Each of the tiers in the pass will require either 5 or 10 crowns to complete, instead of 10 for every tier. This has reduced the total amount of crowns needed in the full season from 350 to 200.

This change is meant to help all kinds of players get their rewards more easily, but don’t worry, the rewards will be the same as before.

The only change in reward value was an improvement of the Bonus Bank that's available with the paid Pass Royale. The maximum amount of gold that it can hold has been increased from 10K to 25K.

As every season, the rewards of the free and paid tiers of Pass Royale have been updated. In Season 24, the free tier will include a Rare Magic Book!

Towards the end of 2020 we saw the first change to the Trophy Economy in a long time. It tried to address an undesired inflation of trophies.

What was meant to improve matchmaking and player progression in the Legendary Arena quickly turned into players feeling stuck in unusually low trophy ranges.

These downsides were voiced in several community forums by many upset players, and two months later Supercell decided to revert the changes for clashers above 4000 trophies.

With the 2021 Q2 update, Supercell is going to take a different approach to improve the player progression issues that raised concerns in 2020.

With the addition of the 2 new arenas, the 4000 trophy floor is going to be removed. Instead, there will be three new trophy floors that will prevent players from dropping under certain trophies:

Players in the Legendary Arena (now above 5000 trophies) will have their trophy loss protections reduced. The first leagues above the 4000 trophy floor had strong loss reductions to make this floor feel more subtle, and will now be almost fully removed:

To balance this trophy reduction and avoid the same issues that we saw in 2020, trophy resets will now take away less trophies than they did before. Instead of a consistent 50% reduction for all leagues, the highest leagues will let players keep a larger proportion of their trophies:

As a summary, the Trophy Economy will soon go through very drastic changes, and it’s not easy to predict what the outcome will be. For now, we can just look at the factors and guess which role they will each play:

What do you think about these changes? Will it now be easier to reach your new Personal Best?

The Goblin Drill is an Epic Building that has a 4-Elixir cost. You can deploy it anywhere in the Arena. It works similarly like Miner except its travel speed is a bit slower. When it comes out from the ground, it deals a small pushback (1 tile) and a small amount of damage to troops (67 at Level 9) while dealing 30% of its damage if it hits a tower (21 at tourney-standard). After coming out of the ground, it spawns a Goblin every 3 seconds. After 9 seconds, the building self-implodes and spawns 3 more Goblins at death. This means that the Goblin Drill can spawn a total of 6 Goblins maximum.

Out of space to store decks? Once the update hits, players who are at least King Level 8 will get 10 deck slots!

Wish you could rewind while watching replays? Forward and backward buttons are added!

There’ll be an option for you to go to battle with a Random Tower Skin toggle — and you get to select the skins that you do want to include in the toggle.