Clash Royale is celebrating its 5th Birthday and everyone is invited!

Four previously released emotes will now be available in the shop.

See all the special emotes in action and see how the Birthday Card tower skin look in the arena:

The “Birthday Cake on Wheels” arena is back!

Like last year, Supercell Creators will be giving away an exclusive and limited 5th Birthday Emote (Battle Healer: Cake Throw). This emote can only be collected from participating content creators — yes, we will be participating! 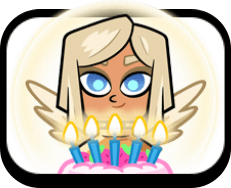 How to get it

Details for how to get this emote will be released later this week, but we’ve been told that it will be similar to last year’s.

Last year, we hosted twenty 1000-person tournaments throughout the month, and everyone who played in them were given the emote. If the procedure is the same this year, we will likely run it from our Discord server just like last year. We will post an update on Twitter and on our blog here once we have more information. Follow us @RoyaleAPI to hear about it first!

The first round of Clash Royale League (CRL) concluded last weekend, and Supercell has crowned the first champion Mohamed Light (@MohamedLightCr1), who took home a cool $20,000!

“Momo”, as his friends like to call him, was also one of two players who finished last season’s Ladder with a Level-12 King Tower and underleveled cards!

If you’d like to participate in Round 2 of the Monthly Qualifier, you must play the CRL Trophy Race and finish in Global Top 1000 on Ladder by the end of the Season. Good luck!

Check out our detailed guide about the CRL Rules for more information.

Matchmaking will be globally changed in a scheduled maintenance on Thursday (2021-02-25), when the new season content will be delivered to the game.

In order to keep matchmaking times fast and to ensure that players will not get stuck in matchmaking for long periods of time, matchmaking will expand its search using these parameters:

Clan Wars 2 matchmaking will have slightly longer times. The parameters will be:

Supercell will be closely monitoring this matchmaking change and will make changes if they see any negative impacts.

Note: There won’t be any balance changes this season. The next balance is expected to appear when the new game client arrives.

What do you think about the content for this season? Tell us on RoyaleAPI Discuss.