Balance Changes Balances will be live on Tuesday, October 6, 2020. Discuss on Reddit Musketeer (Nerf) Before After First Hit +60% [...] 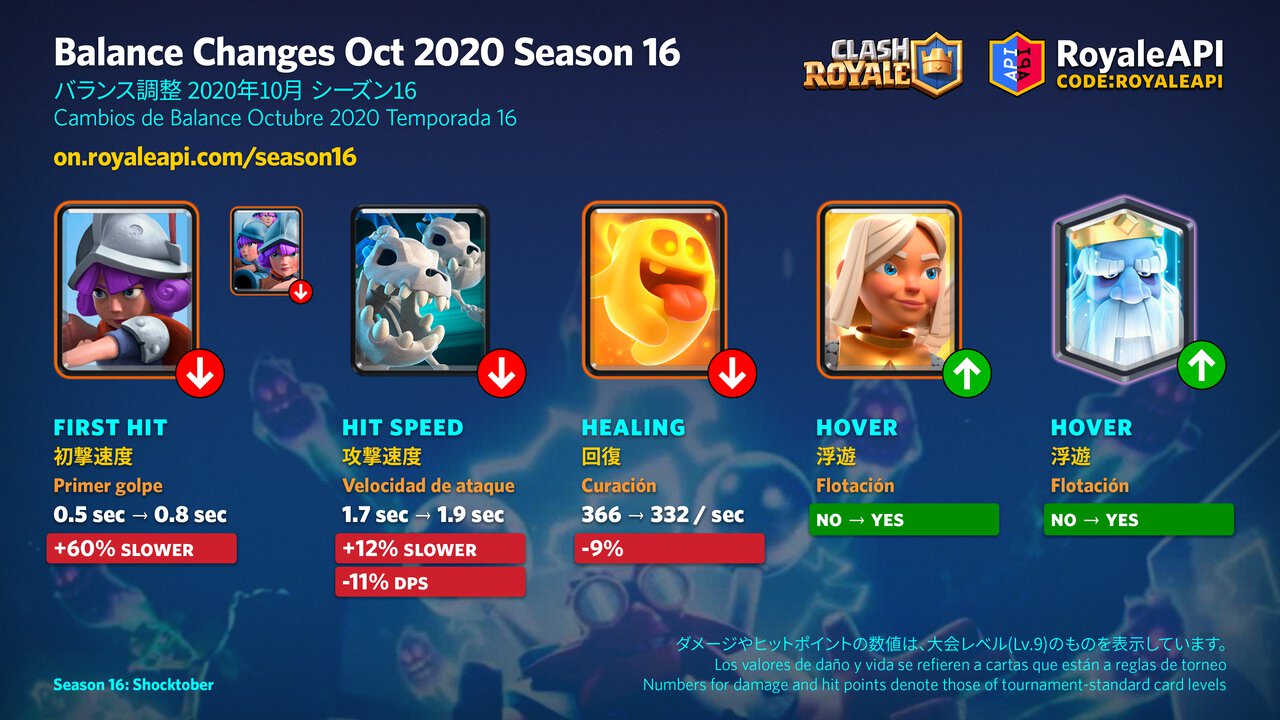 Balances will be live on Tuesday, October 6, 2020. Discuss on Reddit

What do you think about these changes? Share your thoughts with us! 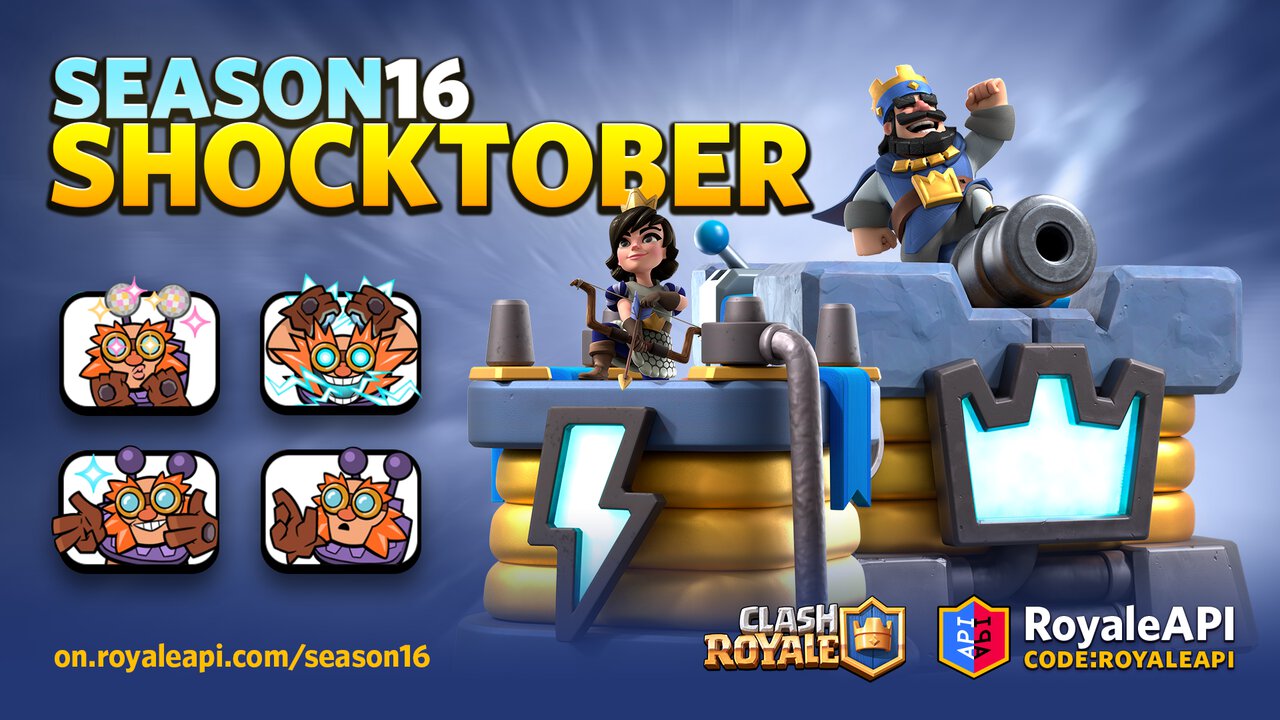 The Arena you see on the Shocktober Cinematic is a refresh of the Electro Valley. We were not planning on creating a whole new Arena but thought that we would still revisit our Electro Valley Arena. Season 16 is a full Electro/Shocktober Season. — @Brice_Supercell 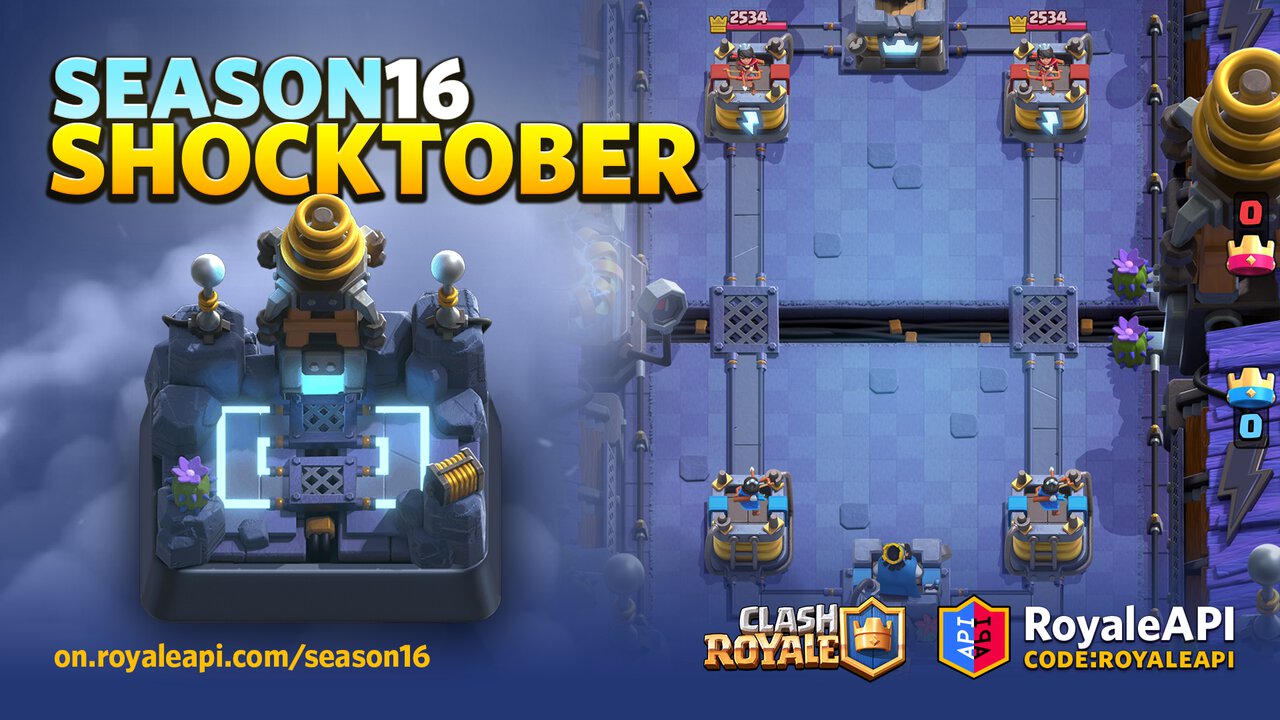 A hulking hunk of man and metal. Zaps nearby enemies when attacked. 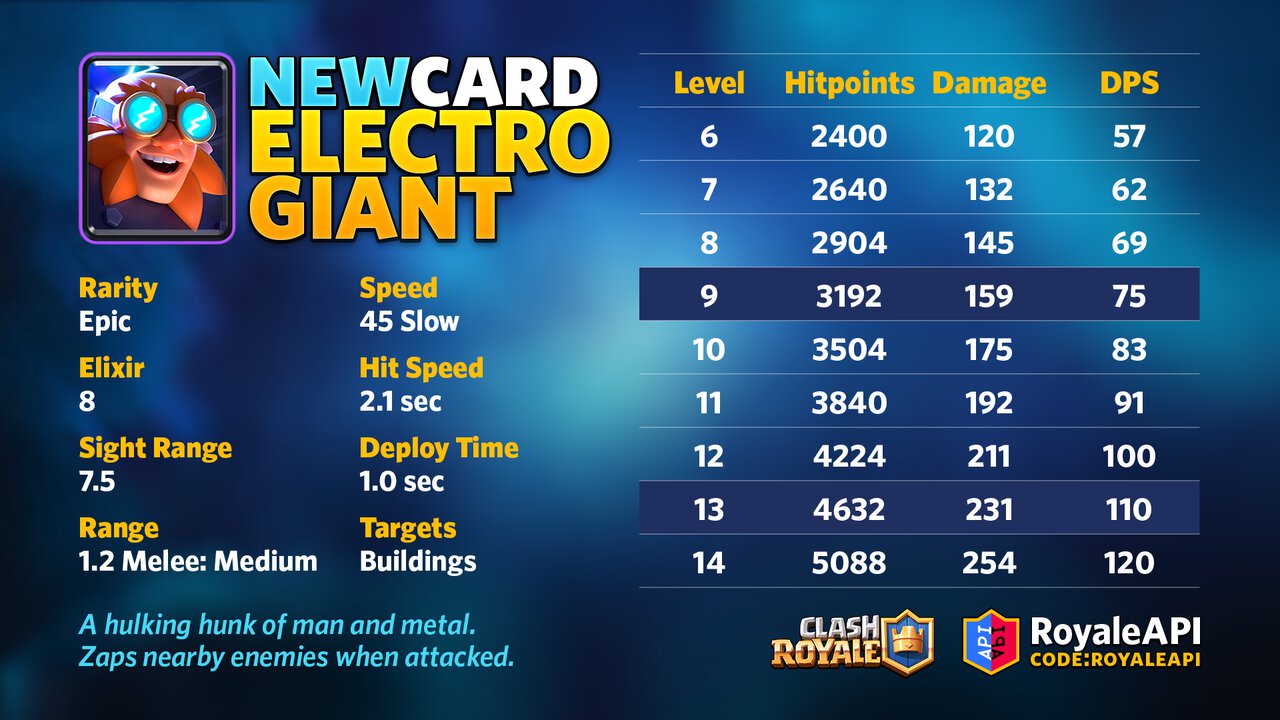 What do you think about Electro Giant? Discuss on Reddit

Jumps on enemies, dealing Area Damage and stunning up to 9 enemy Troops. Locked in an eternal battle with Knight for the best mustache. 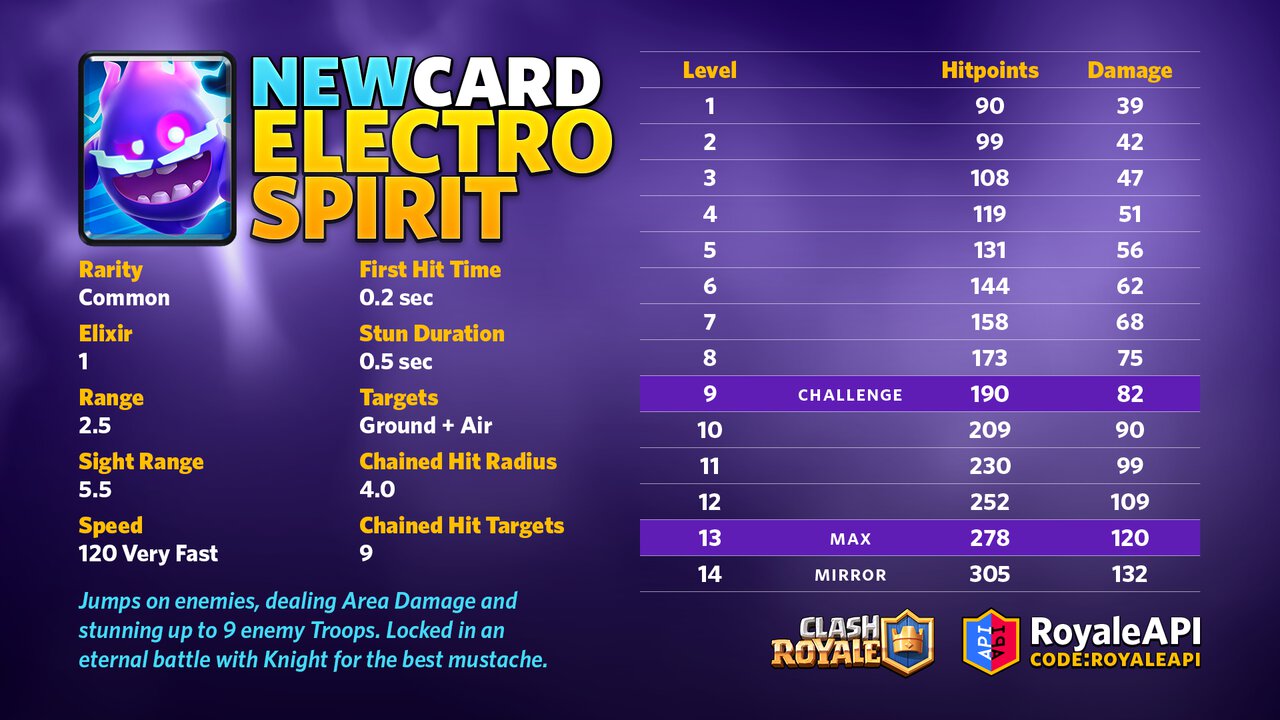 What do you think about Electro Spirit? Discuss on Reddit

Make sure you are following us on Twitter @RoyaleAPI if you want to hear about future Clash Royale sneak peeks first!