Come inside the Silent Sanctuary in November with Clash Royale. The battles will still be fierce, but at least you’ll be able to feel the zen inside the sanctuary.

There are no balance changes this season, but an Emergency Balance Change for Phoenix and Monk was applied on Wednesday, November 2, and we have briefly summarized them in this post towards the end.

Our video serves as a great introduction to everything you’ll see in the upcoming season. Check it out first before reading!

Battles in November will take place in a Silent Sanctuary. If you have already reached 6500 trophies after the 2022 Q3 Update, then you would’ve seen this before, since this is the same arena for Arena 18 (6500 trophies), where the Monk is unlocked. For the November season, it will be used as the arena for Path of Legends — the game’s new ranked mode.

Like the Silent Sanctuary arena, this tower skin has an Eastern theme, and the towers are designed with the aesthetics of Chinese traditional architecture.

The King tower has a golden roof. In ancient China, only buildings intended for emperors were allowed to have golden roofs. Gold / yellow is an auspicious (good) color. Green roofs symbolize bamboo shafts, which in turn represent youth and longevity.

In fortification architecture, a rampart is a length of bank or wall forming part of the defensive boundary of a castle, hillfort, settlement or other fortified site.

With a fun wordplay, the ram from Ram Rider has been molded into a fortification to form the towers in this tower skin.

There will be five new emotes this season. In this post, we have also included two additional emotes that were released with the 2022 Q3 update, but that we haven’t posted previously.

This emote was one of the two previously released emotes. It’s won from the Phoenix Launch Party in the previous season. An egg hatches into a Phoenix, and she uses the eggshell as her crown.

This king emote was also released from the 2022 Q3 update. You can unlock this emote when you reach the Ultimate Champion League (League 10) on the Path of Legends (ranked mode).

As if living in ancient Greece, the King is draped in a white undergarment with a red cloak. He wears green laurel wreath fitting for an emperor, and gestures a V (for victory) sign with his left hand.

The Ram is now joining the very popular series of scream emotes in Clash Royale. Unlock this emote from a Shop Offer. 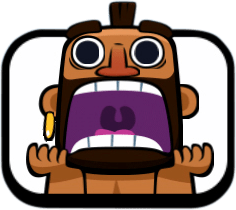 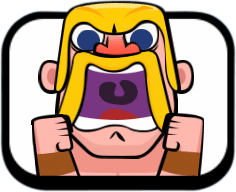 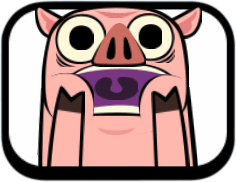 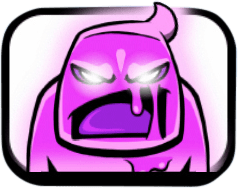 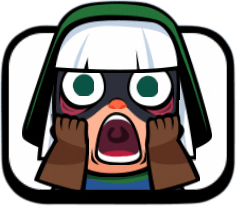 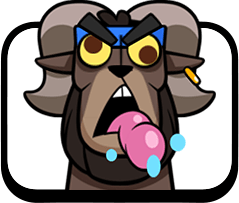 An arrow flies towards the Monk. The Monk catches the arrow with his fingers, and flicks that arrow away. Unlock this emote from this season’s Pass Royale.

The monk closes his hands together and is on high alert for the environment. Arrows starts to fly towards him. With faster-than-light movement, he deflects all of the arrows away — just like what happens in the game.

This is my favorite emote of the season!

Unlock this emote on the Path of Legends when you reach Master 2 (League 5).

Update 2022-11-04: This emote has been moved and will become a challenge reward for the Mega Draft challenge from November 22-28.

The Monk clenches his fists and gestures to his opponent come towards him. This Pose is widely used in kung-fu movies when the hero is full of confidence and waiting to take on any opponents.

Unlock this emote at the Monk Launch Party Challenge.

A king tower is far away. A red hot egg starts to row towards it, and eventually cracks upon hitting the tower. A phoenix is born from within the smoke and ashes.

Unlock this emote from a Shop Offer.

Four cards will be boosted in November — one in each week of the season. Use our site to find the best decks that utilize these cards.

Twenty-Two (22) brand new banner items will be available this season. Sixteen (16) will come in your Banner Box, with an additional six (6) available for purchase at the shop.

Chibi, also known as super deformation, or S.D. is a style of caricature originating in Japan, and common in anime and manga where characters are drawn in an exaggerated way, typically small and chubby with stubby limbs, oversized heads, and minimal detail. (via Wikipedia)

This is technically from the previous season

A new champion has arrived! Build a deck with Monk, and use his ability to deflect enemy projectiles and spells.

Take turns with your opponent drafting from an open selection of cards, then battle it out!

This is a new game mode. When the game starts, the game gives a random selection of 36 cards. Players must take turn picking cards to create their own deck.

Both players can see the card pool, and each card can only be picked once.

There is a deep level of strategies at play here — do you pick the cards you want, or do you take away cards that your opponent would want?

Let’s say the blue player is 🔵 and the red player is 🔴, the order is something like this:

So basically every player picks two cards every turn, with the first player picking one card in the beginning and one card at the very end.

The second global tournament of the season is in Triple Elixir mode — a great way to get more crowns if you’ve been lazy collecting your tiers on the Pass Royale.

November 29 - December 4: Flight of the Phoenixes

Phoenix will enter the arena from both sides — remember to keep an eye on the eggs!

In other words, Phoenix spawn mode. Casual play. Collect 8 wins for all rewards.

Here‘s the loading screen for next season. The Monk is seen surrounded by an army of Goblins, but he has no fear. He knows that he can deflects all the attacks with his will and skills. What a great way to introduce the new champion!

Increasing the egg’s lifetime from 4.0 sec to 4.3 sec means that if the egg is on the opponent’s side and it doesn’t get defended, then the egg will always die from Princess Tower arrows without spawning a new Phoenix.