We take a look at the performance of each Classic Deck against each other, now that we have a week of data to analyze. 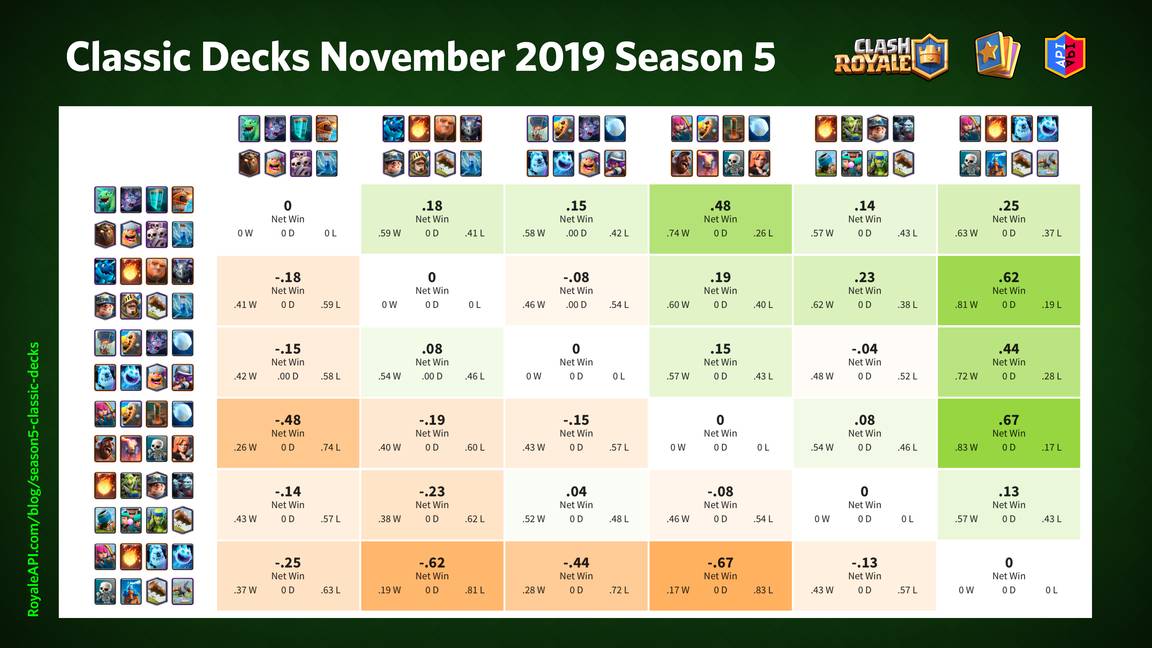 Net WinRate (NWR) charts are great to see clear matchup advantages of some decks over other. The NWR range goes from negative (disadvantageous matchup, in orange) to positive (adventageous, in green).

Ideally, for all decks to be balanced, you'd see very low NWRs for all matchups, or a balance of adventageous/disadvantageous matchups: 2-3 good and 2-3 bad for each deck.

In Season 5 we have a few Classic Decks which don't provide very fair matchups:

Do you have any tips to put a fight against the hard matchups? Let us know in comments on Reddit

Here are all the decks again, in case you’ve missed it: 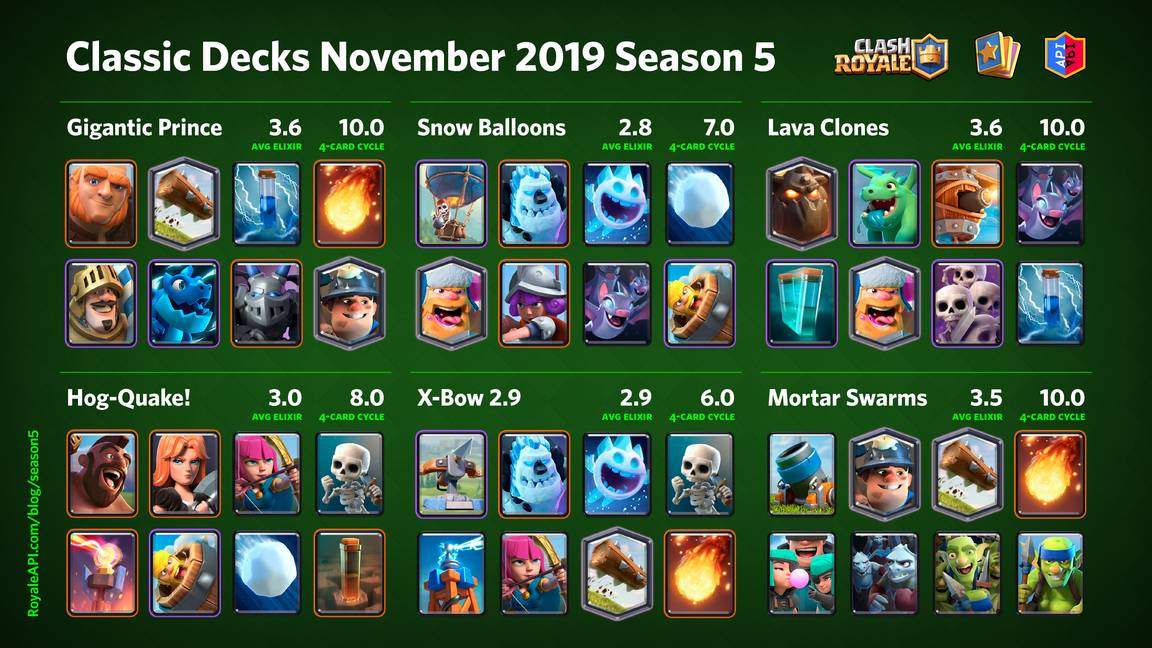