Info and reasoning behind each balance changes scheduled for November 3, and highlights about seasonal content for Pass Royale. 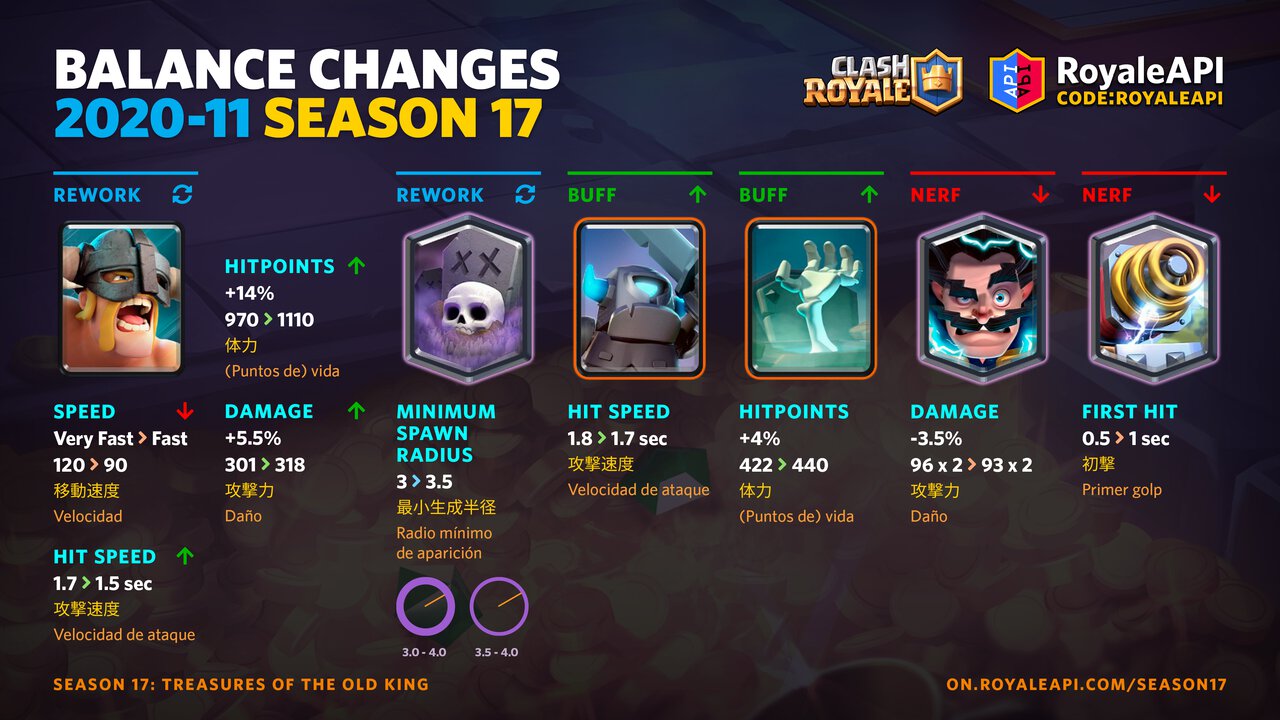 Balances will be live on Tuesday, November 3rd, 2020. Discuss on Reddit 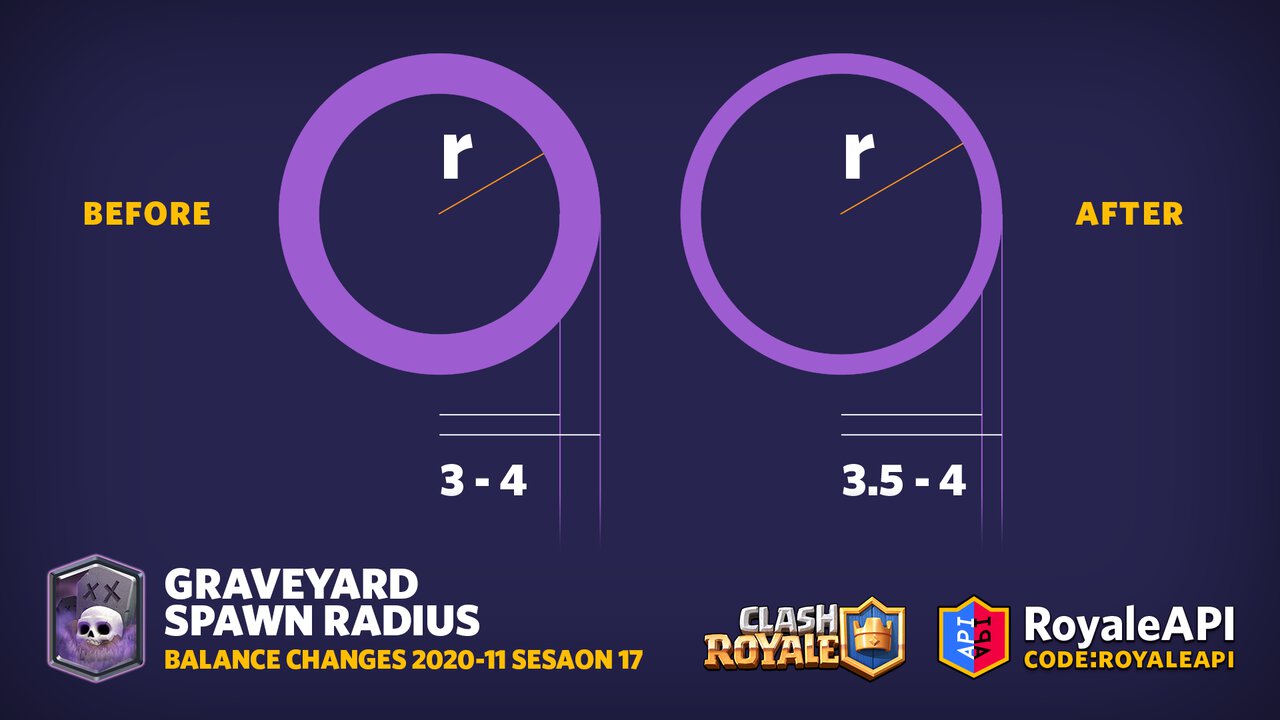 Are you confused about First Hit, Deploy and other important concepts that are crucial to understanding the game? We have prepared a special article about these terms. Check it out!

Season 17: Treasures of the Old King 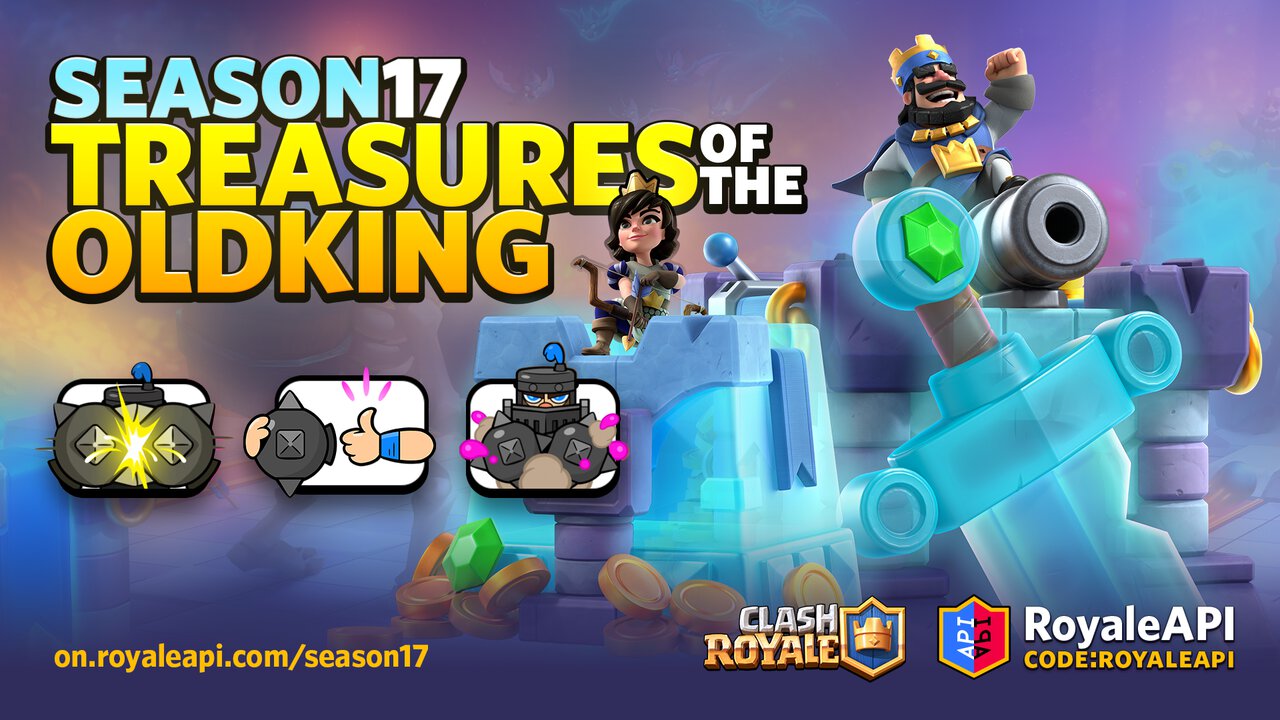 The first semi-transparent tower skin that you can see through! 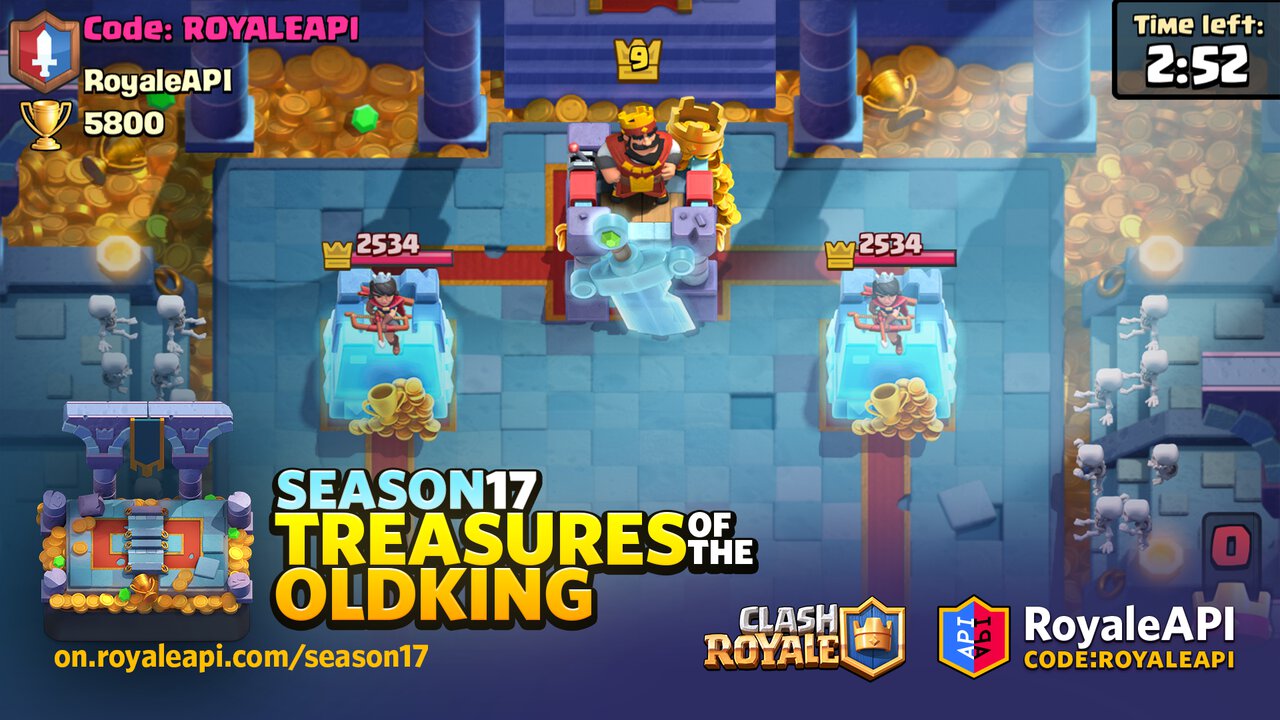