We take a look at the performance of each Classic Deck against each other. After 2 weeks gathering battles, we now have enough data to [...]

We take a look at the performance of each Classic Deck against each other. After 2 weeks gathering battles, we now have enough data to provide a reliable analysis of the matchups. 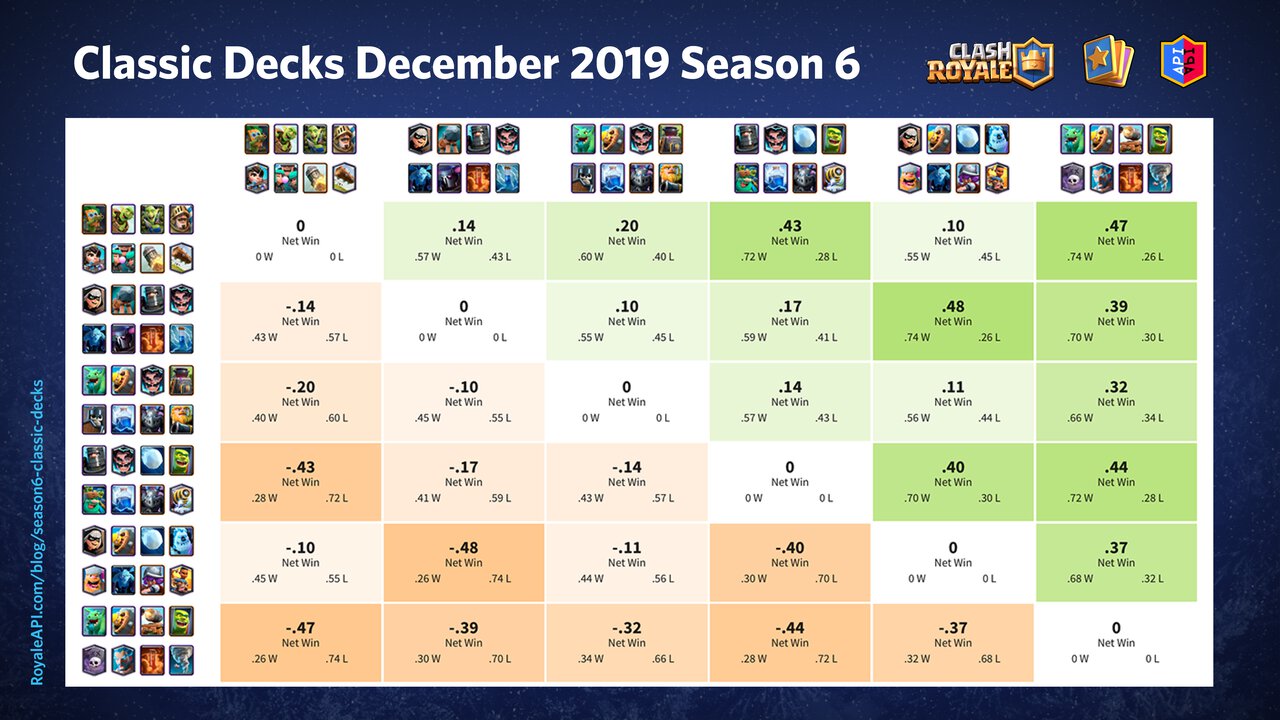 Net WinRate (NWR) charts are great to see clear matchup advantages of some decks over others. The NWR range goes from negative (disadvantageous matchup, in orange) to positive (adventageous, in green).

Ideally, for all decks to be balanced, you'd see very neutral NWRs for all matchups, or a balance of adventageous/disadvantageous matchups: 2-3 good and 2-3 bad for each deck.

Season 6 decks are less balanced than the ones we had on Season 5. This time, the decks range from all-good to all-bad matchups. This also means that we can easily rank the 6 decks from best to worst:

Whatever you face, you are in luck! Prince Bait has 5 favorable matchups, so no excuses if you lose.

A very safe deck unless facing Prince Bait. It has the highest Net WinRate of all the classic matchups against Ram Pushers (a bridge spam deck), with almost 50%NWR.

Despite having 3/5 positive matchups, all of them are quite neutral. This means that if you are able to play it properly, you'll certainly be a pain to your opponents.

If you are facing Prince Bait, your sparky is going to have a rough time against rocket. Two of the other matchups aren't too bad, and the two remaining are extremely advantageous.

Maintaining pressure is a key for bridge spam decks, but the defensive control that you'll face against P.E.K.K.A. and Sparky will make that problematic. Other than those two, matchups are neutral or very positive.

Bad news! Your cold dead hands are facing a very difficult matchup. If you lose, show your clanmates this chart and you might be able to restore some of your lost recognition.

Do you have any tips to put a fight against the hard matchups? Let us know in the comments of Reddit!

Here are all the decks again, in case missed our season introduction: 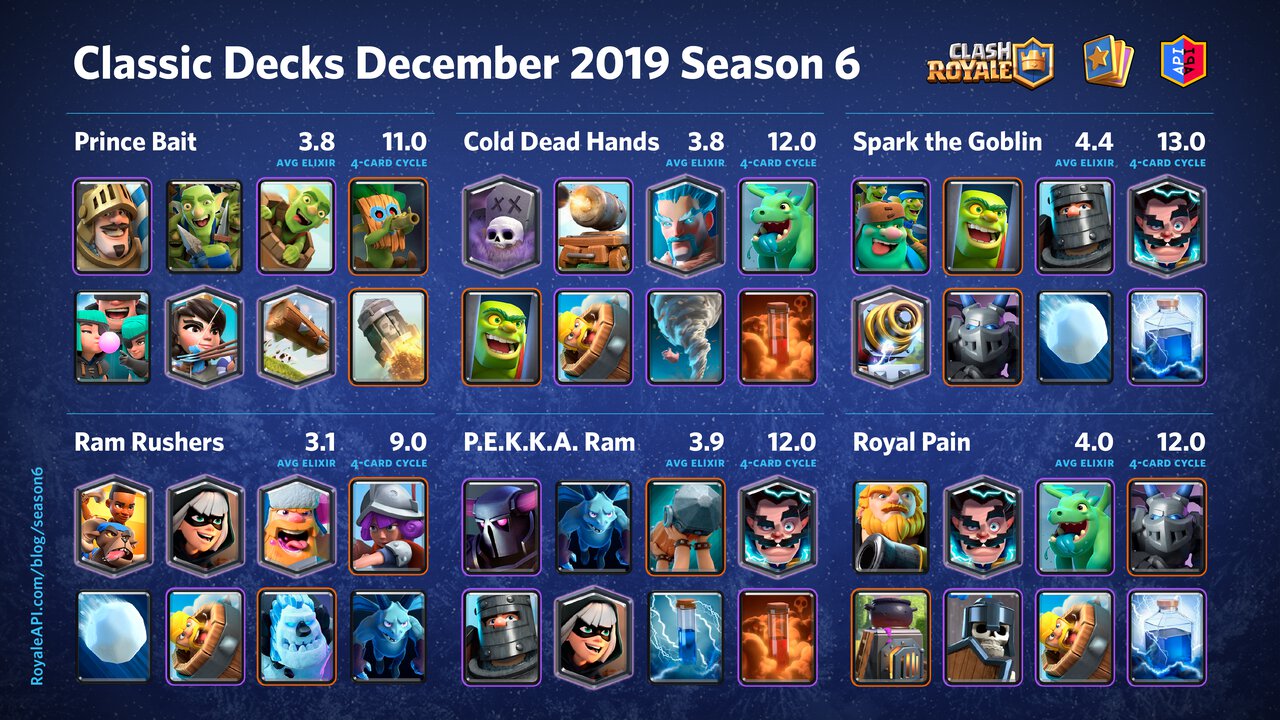